By Rajitha LiyanageMarch 30, 2018 No Comments

Warmer weather is on the way, and it’s time to gear up for spring and summer riding season! As the bugs reappear and horses start traveling, now is the time for your horse’s annual spring vaccines and fecal.

At Premier Equine Veterinary Service, we generally recommend vaccinating for Eastern and Western Encephalitis, West Nile Virus, Tetanus, Influenza, and Rhinopneumonitis in the spring (all in one vaccine, Vetera Gold), with rabies vaccination in the fall. In addition, horses that are traveling or will be exposed to other horses may be vaccinated with the strangles and/or Potomac Horse Fever vaccine in the spring, and with an influenza/Rhinopneumonitis vaccine again in the fall.

And don’t forget, all horses should have a fecal egg count performed to determine parasite load and deworming routine. Want to know why horses need all of these? Read below for more information.

Certain vaccinations are recommended for all horses, while the decision of whether to vaccinate for other diseases may be based on numerous factors. Important considerations when deciding which vaccines to administer include:

The core vaccines, as described by the American Association of Equine Practitioners (AAEP), are those “that protect from diseases that are endemic to a region, those with potential public health significance, required by law, virulent/highly infectious, and/or those posing a risk of severe disease. Core vaccines have clearly demonstrated efficacy and safety, and thus exhibit a high enough level of patient benefit and low enough level of risk to justify their use in the majority of patients.” Core vaccines include the following:

Other vaccines, often termed “risk-based” vaccines, may be given depending on a horse’s individual risk. These include influenza, rhinopneumonitis, strangles, Potomac Horse Fever, botulism, and others. Some of the ones most commonly recommended in this area include:

There is a slight risk of adverse event any time a vaccine is given. The most common is mild local swelling or soreness and a transient fever and dull attitude. More serious side effects, including anaphylaxis, hives, colic, or purpura hemorrhagica (vasculitis and swelling), are luckily very rare. Vaccines in the “core” group are generally well-tested and safe with benefits far outweighing risk. However, as noted above, it is important to discuss the choice of vaccines with your veterinarian based on your horse’s individual history and health status.

Fecals are generally recommended at least twice yearly to assess parasite loads and determine the best deworming protocol for each horse. A fecal egg count involves examining a small sample of the horse’s feces under microscope for parasite eggs. The number counted is then used to estimate the horse’s parasite burden, based on “eggs per gram.” It is important to note that not all parasites will shed eggs constantly or have eggs that are apparent by microscope, so deworming is recommended for all horses twice per year even when counts are “zero.”

In the past, “rotational” deworming on a 2-month schedule was recommended. However, in the past 20 years research has shown that this is not only unnecessary for many horses, but also created a parasite population that is resistant to dewormers. For most horse populations, about 20% of the horses will carry 80% of the parasite burden- meaning that the other 80% of the horses have just 20% of the parasites! Therefore, the average horse will be considered a “low shedder,” which is < 200 eggs/gram. These horses should be dewormed just twice a year in the spring and fall. Horses that are moderate shedders (200-400 eggs per gram of feces) require deworming four times per year, while the small percentage of horses that are “high shedders (>400 eggs/gram) should be dewormed every 2-3 months.

Horses may change shedding status over time if environment, herd dynamics, or health status changes, so repeating fecal egg counts twice yearly is important to monitor for changes. Furthermore, a horse that has parasite eggs detected on fecal egg count should have a “fecal egg recount test” (FERCT) performed two weeks after deworming to assess the efficacy of the dewormer against that horse’s parasite load. This is important in detecting and preventing the development of resistant parasite populations.

For further information about vaccines and fecal egg counts, follow the links below or contact us at Premier Equine Veterinary Service at 888-860-0244. 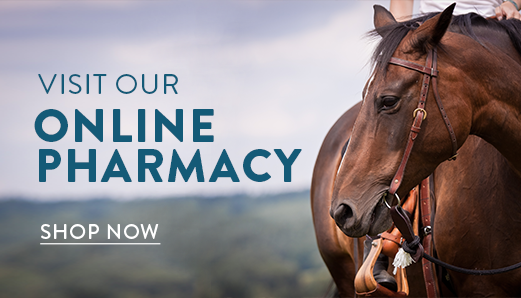 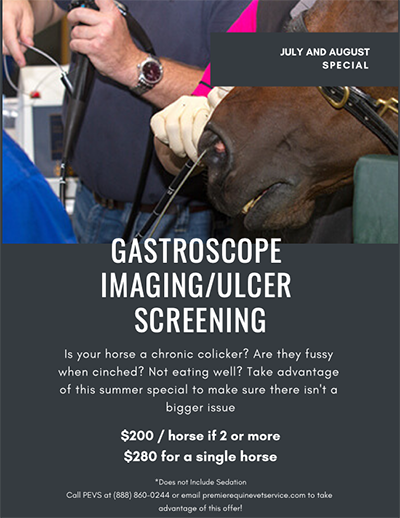